Local to Louvre: A Natural Order

It was a cold Saturday morning in Northern Virginia and we cautiously opened an unmarked door leading into the basement of the Carlyle House, a historic house in Old Town, Alexandria. A surprised young man jumped up from another room and raced to greet and welcome us to dusty display cases and Civil War history on Fome-cor. We were the only two people on our tour of the house.

While the original owner,  John Carlyle may have been influential in early Alexandria politics and General Braddock took over the house briefly during the French and Indian War, the house is largely historically insignificant.

The decision to restore the house was made in 1969. Six years and 2.5 million dollars later, the house opened on January 18th, 1976. It is as historically accurate as possible, with appropriate approximations and educated guesses for all the unknowns, including the intended uses of some of the rooms, a large window design, and so forth. The Georgianesque home was originally completed in 1753. The unusual building material for the time and place, sandstone rather than wood or brick, is the most interesting aspect of its architecture and largely what ushered this building into the 21st century. The choice of stone was likely due to John Carlyle’s Scottish heritage. 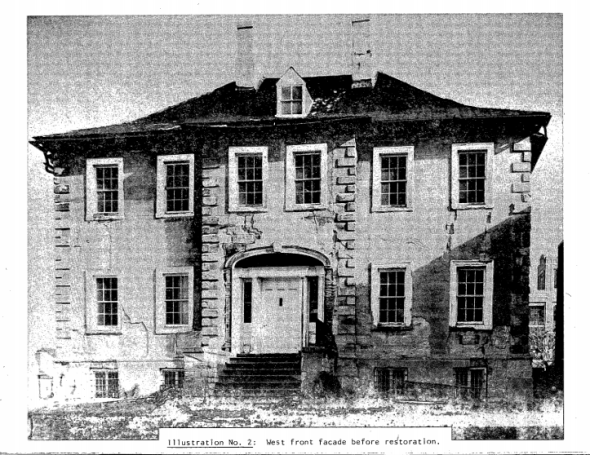 The tour was quaint and the house contained a smattering of period furniture as well as a bedroom set belonging to the Carlyles, the family Bible, and three family portraits. The feeling was not unlike that of visiting an old inn with a sign that says “Mozart Slept Here!”

These types of institutions with their trickling of visitors largely function as event venues, but I would argue that local residents should support, visit, and cherish historic houses and small museums such as the Carlyle House, even if they can be a bit dull. They should be valued not merely as examples of how the wealthy lived 200 years ago, and for the mild history they contain, but as a starting point for the appreciation for art and artifacts. After all, the alphabet is taught before reading and children must learn to walk before riding bicycles. No one would travel across the world to see a house like this (perhaps with the exception of descendants?) like they do for the Louvre or the Met.

While I won’t require you to visit all the tiny bits of history in order to appreciate a cathedral or a masterpiece, I ask that you take the time to explore the volunteer run organizations and house museums in your area. Rather than starting with major collections and groundbreaking exhibitions to cultivate the eye, start small and build up to more and more impressive institutions. Start poor and earn your wealth in appreciation of beauty. The Western world is spoiled with a wealth of incredible collections. No longer are we the commoners who will never set eyes on the artwork collected by the elite – now we pay admission or enter freely, browse at our leisure and stop at the café for a cappuccino and a $10 sandwich. What once was exclusive now belongs to the people. But we’ve grown fat and lazy in our appreciation and reach for dessert before we deign to touch our vegetables. 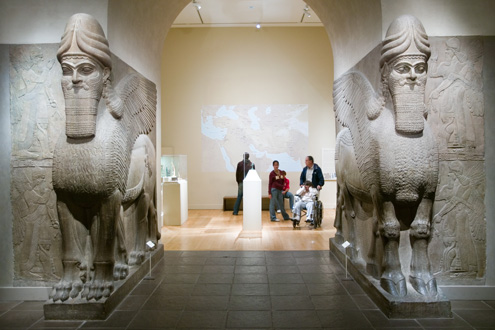 If you can’t take the time or make the effort to see the small things next door, what makes you think you are capable of appreciating or deserve the great privilege of seeing the most important art in existence? Your appreciation will grow naturally and you will be all the more awestruck after you’ve paid your dues with lowly houses and minor works of the masters.